This along with a cropped copy of 8296/2, the dimension showing the height of the enclosure had been removed, was circulated by the Principal Planning Officer of South Tyneside Council in early September 2013.
The first thing to note about 1B is that it shows it was an amendment produced from 8296/1A made in February 97 and does not bear an authentication stamp of the Tyne and Wear Development Corporation.

Its use to show the approved height of the landward end of the shed is 15.5m is fraudulent misrepresentation.

The Inspector for the Local Government Ombudsman says in #34 of her report that:
I have seen the 1996 plans. On plan 1/B the applicant has written the proposed elevations at the inland end as 12.5 metres plus 3 metres. Mr Dawson says the Council should not have taken the applicant’s word for this. The planning authority has to consider what an applicant applies for; it can grant or refuse this but it cannot make an applicant submit something different. This developer applied for a shed 15.5 metres high at the land end. The Tyne and Wear Development Corporation as planning authority approved this. The current Council had to accept this as the approved height.

The Tyne and Wear Development Corporation did not approve 1/B. The Council therefore misinformed the LGO about the approved height. 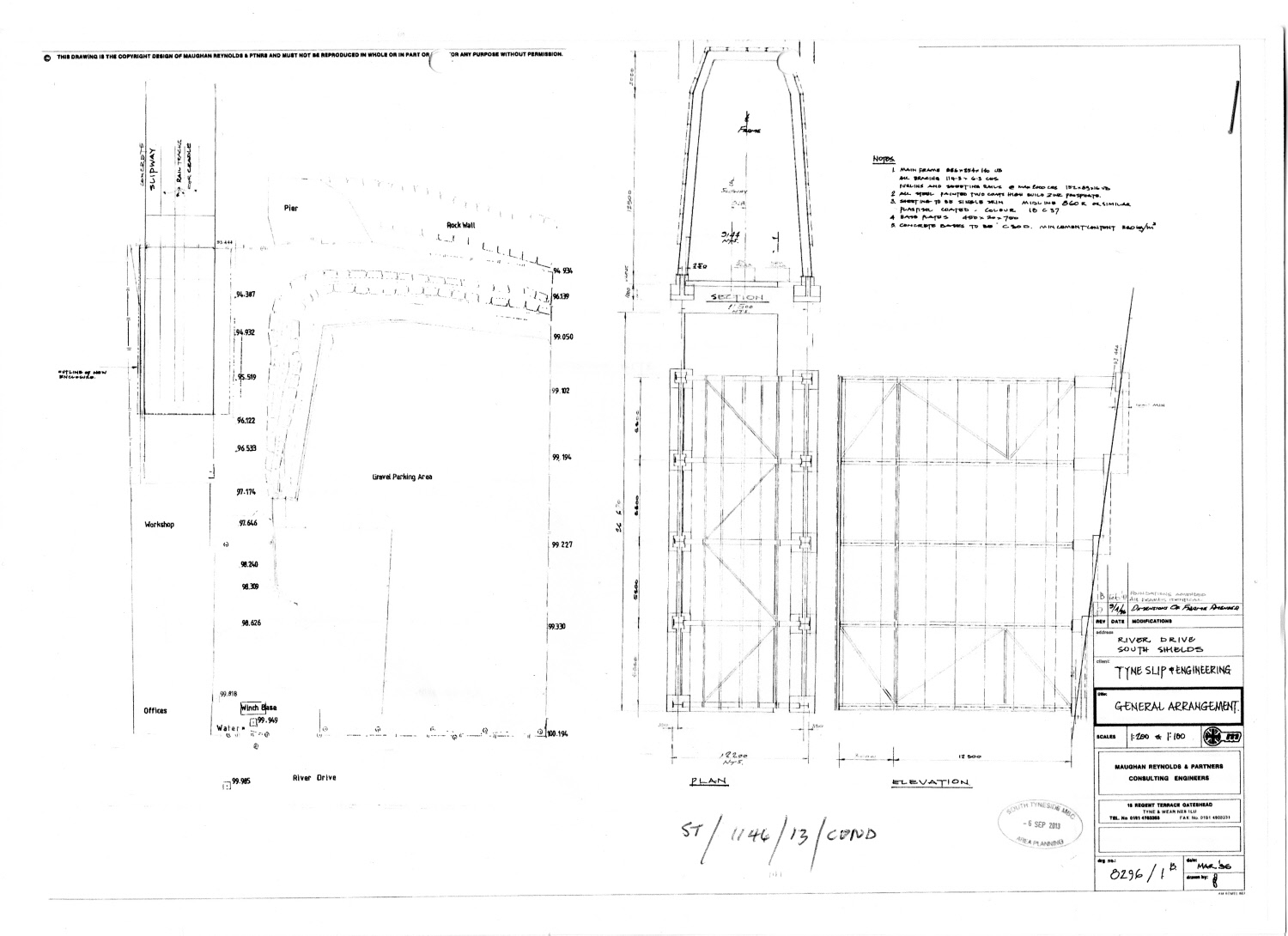 The elevation shows the hip of the mansard at 3m below the top of the framework, about 1/4qr the way down, making the total height of the elevation about 12m. 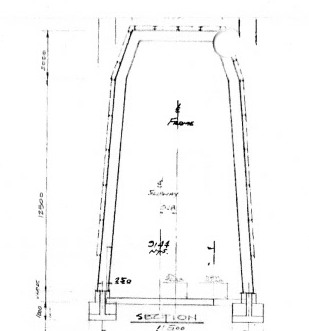 This drawing shows both ends of the enclosure as 15.5m, and as the roof does not have the same slope as the slipway, one of the measurements (dimensions) must be wrong. This drawing is an amendment to 1A made in February 1997, not been authorised, and is probably not a legal document.

Whoever sent the Ombudsman a copy of 8296/1B can justly be accused of fraudulent misrepresentation.