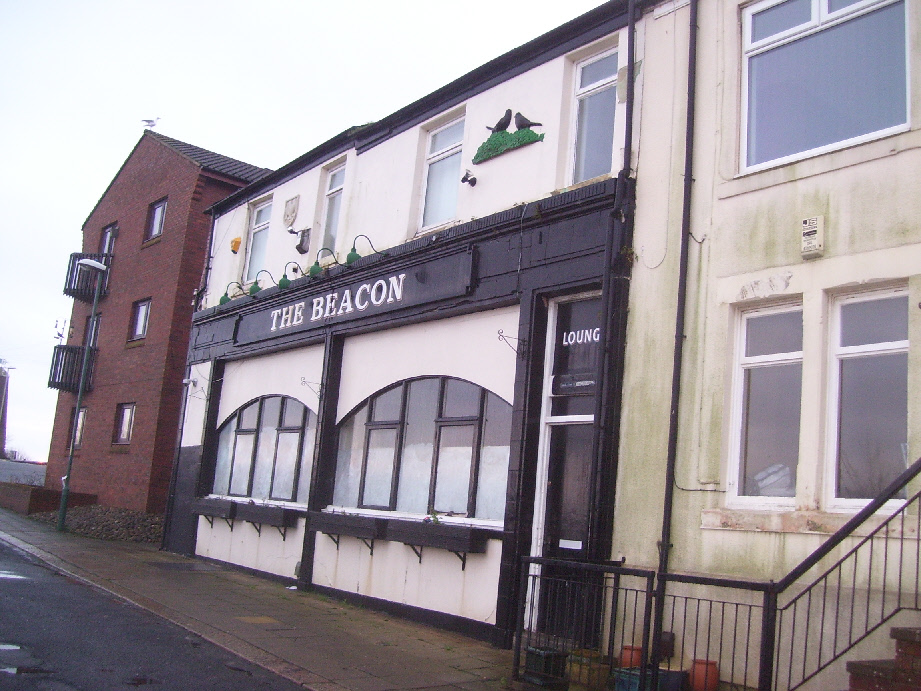 Once a pub has  gone it’s gone forever – remember the Turks Head just along Greens Place. Planning permission to demolish that and build flats went in a few years before it closed? There is also a mystery surrounding the loss of the licence. There is also a very strong body of opinion that the block of flats built to replace it, is a story taller than planned.

The Council flatly deny it in the same way that they deny UK Docks’ Shed, built within sight of the Beacon, is not 3m taller than planned.

His plans for the demolition of the Beacon, ST/0746/15/FUL, were finally submitted with a recommendation by the Council to the Planning Committee Meeting of the 1st February 2016  and were approved despite the protests.  To the sad end of the Beacon on Greens Place ->

His plans for the expansion of the UK Docks, ST/0461/14/FUL, were finally submitted with a recommendation by the Council to the Planning Committee Meeting of the 1st February 2016  and were approved despite the protests.

The Chair of the Planning Committee Cllr J Woods was not available and the meeting was chaired by Cllr D Purves and it looked like the committee was bulked out with Councillors who cared nothing for the plight of the residents of neither Greens Place nor Harbour View. The two planners who recommended approval of these two schemes were not available either and appear to have been represented by the, Principal Planning Officer, Mr Peter Cunningham.

At the Committee meeting the first thing he said was, ‘there had only been five complaints’ but what he did not tell you was that they had published the notice of demolition in the Pontefract Local paper although the link no longer works it matters little because permission to demolish the Beacon has lapsed.
The Alt-Complaints Procedure is below for somewhere to put it for the time being and so are the lists of how various planning officers, and people that know better, deny or avoid the subject of the height of UK Docks’ Shed.
Nothing has happened to the Beacon since the cannabis farm was cleared out by the Council about the same time as they cleared one from the Brunnie.

to Greens Place and related matters.