The equivalent of a right of way was established shortly after the completion of the call centre in 2007, formally known as Garlands. It gave a beautiful prospect of the Tyne after the graving docks had been demolished and became quite well used over a period of years.

While I often used it to go to town, I very rarely used it to get home mainly because of the long stairs to get back up to Greens Place and so I will base my case, starting from the ancient landing (Comical Corner Steps), at point B on the protestors plan ending at point A (2.3 meter gate without permission). The gate appeared after I left South Shields, to live in Amble, in September 2017.

The first piece of evidence is in the picture of the overspill car-park, taken I guess, while it was still being used and from near to point B.

Notice the paved footpath and railings, both a feature which continued round to point A, in or about 2007 which appear to have been adopted by the Council when the Call Centre was completed.

On August 11th 2017, George Mansbridge, Head of Development Services, granted the agents for Keywest Three Ltd, Mario Minchella, permission to build their flats in accordance with the approved plans. The planning officer was Gary Simmonette. 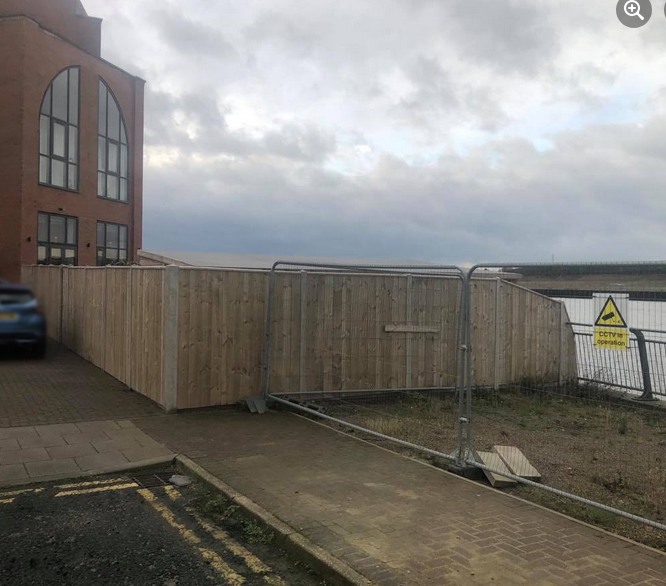 “Bin stores and 1.8 metre high railings and sliding gates to enclose the site” (Grant ST/042917FUL) does not exactly cover the fence we see today and nor the removal of the foot path. This alone suggest a certain amount of collusion between the planning office and planning control (building inspection and enforcement). 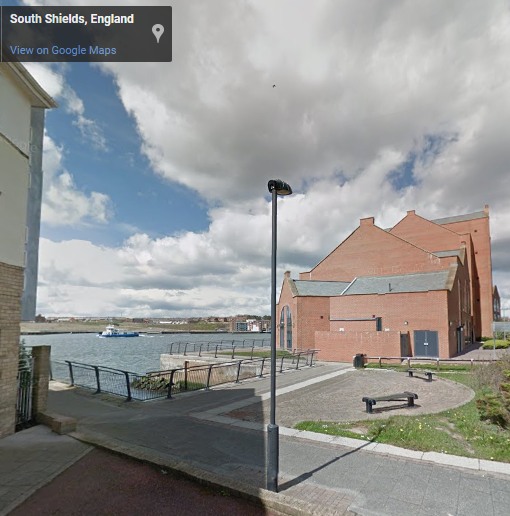 s one can see, the foot path and railings continue to hug the high water line round the partially filled dock and continued past Nos 21 to 14, Long Row until we get we get to point A with the 2.3m gate, placed to block access.

The filled dock was landscaped and some pleasant seating provided by the Council and notice some some lighting had also been provided by them as well. This is clearly shown by the view taken from Google Street Scene in 2015.

It appears that the planners have taken the pathway and the gardens laid out by the Council more than 10 years before the plans for the boat lift were made, away from the public and given to the owner of 30 Long Row or South Quays, Mr Mark Turnbull. 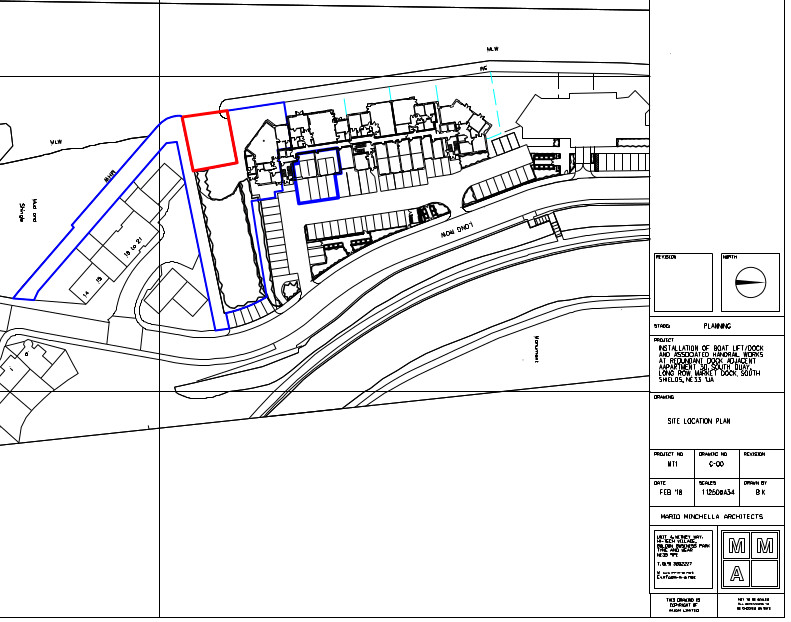 The application for these were submitted in March 2018 by the agent Mario Minchella and approval for them was granted by the Head of Development Services in April 2018. It does not appear to have gone before any Committee and it was put there as a result of the grant, ST/0201/18/FUL – see especially points 8 and 9. 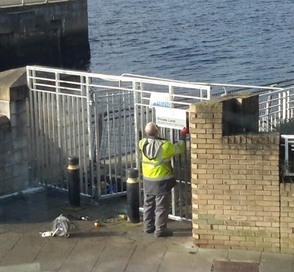 The detail taken from the site plan for it suggest that the gate was placed in front of No. 14 long row at the same time to stop people getting access to the gardens given to owner of Apartment 30, by walking round in front row of houses facing the big dock where the gate appeared in 2018 or 2019. It appears to be in place by the time the planning application, see existing security fence with gate, for the pontoon was made in June 2020.