The owner of 71 Greens Place had replaced a fence with a wall for 4-5m and not only that, there was some question about its height. A complaint was entered while the wall was being built but it was ignored.

Eventually, a retrospective planning request ST/0749/13/FUL was recieved in July 2013 but by August the fact that it was retrospective had been removed:
Consent sought for the construction of a wall to the west side boundary of the patio above the ground floor extension as a substitution of the approved fence under application reference ST/0966/12/FUL. 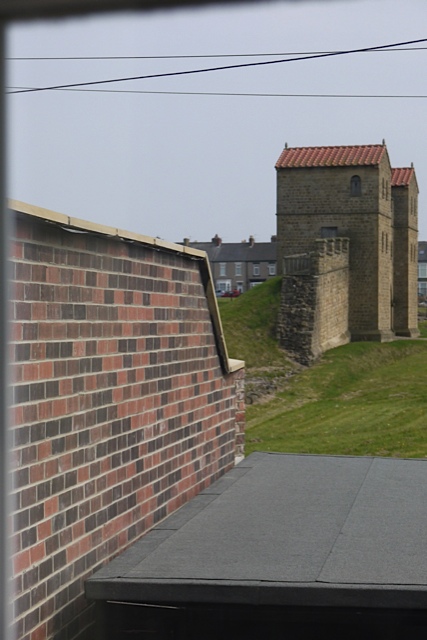 The Senior Enforcement Officer should get a mention becauseof his double standards. Compare the action,  just outlined, with the enforcement notice handed to the owner of No 70.

Listed buildings 68-70, Greens Place. The thing to notice is that the listing just concerns the view from the street and it seems that the conditions 3 and 4 were applied in error when the planner specified the Listed Building Condition to a first floor addition to a extension to the rear or the house.

In February 2013 the Council was advised (HL on 4247408)  that condition that should not have been applied in the first place but anyway they issued an enforcement notice anyway. This occurred about the same time the same building inspector had turned his blind eye to the fact that the owner of 71 Greens Place had reverted to his original wish and built the wall.

The grant allows a fence 71GP,  October 2012 and the the building inspector made himself unavailable while a wall was being built!

The Planning Officer who originally specified the metal rainwater goods on the rear of the building was same who helped the Planning Manager rig the outcome of ST0749/13/FUL by ensuring it was replaced by one that omitted all mention of the fence/wall issue thus ensuring she escaped censure as well as the building inspector and the enforcement officer.

By the 5-Dec-13, ST0749/13/FUL had been completely overwritten by ST0749/13/HFUL and permission was granted. A second notice of the grant was sent the same day but with drawings 000, 00, 17, 12 removed, presumably by request of the owner of 71 of Greens place to avoid the cost of removing the wall and replacing it with a fence.

It also saved the Council having to reprimand the Planning Officer, the Planning Manager, the Building Inspector and possibly the Senior Enforcement Officer for their dereliction of duty and they knew they were safe because they would always say the complaint had been exhausted.

One thought on “Double Standards”