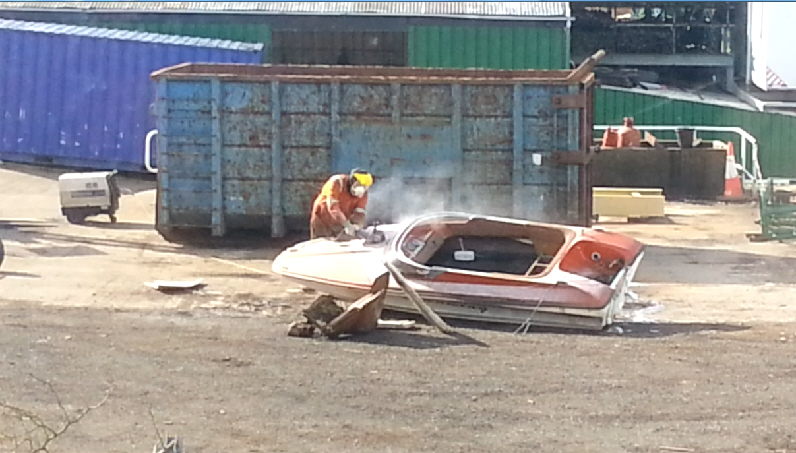 Gary,
I understand you spoke to my wife earlier today re nuisance at Tyne Slipway.
As well as unacceptable levels of noise from around 8.00 a.m. at one point an operative began to dismantle a fibre glass speed boat in the open yard using what appeared to be an angle grinder. This added to the noise but also created fibre glass dust which was not contained. This activity took place less than 30m from residential properties in Harbour View.
When I challenged the behaviour I was told (by somebody senior on the site) that it was an industrial site and I should expect this sort of thing. I stated thata this was in fact a residential area and we intended to do everything in our power to protect our rights.
He told me to ‘ring the council’ in a tone that indicated that in his opinion the authorities were powerless and our rights were unimportant.
I attach a screen shot from some video footage of the aforesaid unacceptable activity (the file size means I can’t send the footage itself)

I’d be grateful if you could confirm receipt and indicate the action that you intend to take.