This was one of a set of drawings recovered from the Council’s archive in September 2013 and to quote the Planning Manager; “Following a search of our archived file the only drawings that we have that are stamped ‘Approved by Tyne and Wear Development Corporation’ are 8296/2 and 8296/4.”

He has not mentioned that both 1A and 1B show both ends of the shed to have the same height of 15.5m which is an impossibility and why neither has been authorised. 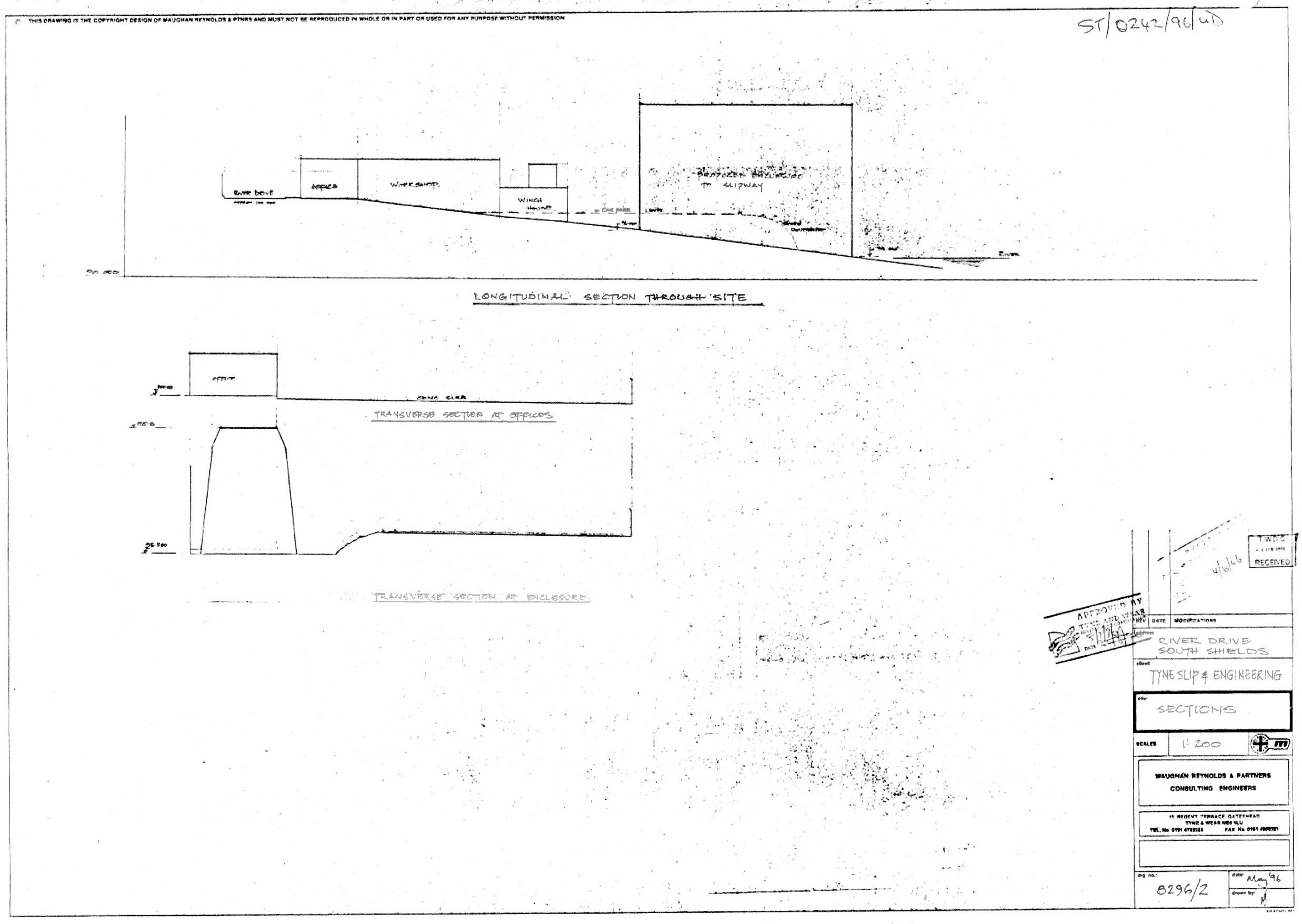 * because only one end of the shed can can have a planned height of 15.5m or the top of the shed would slope down towards the river with the same gradient as the slipway. The approved drawing, 8296/2, shows it is not the landward end.