This drawing shows both ends of the enclosure as 15.5m, and as the roof does not  have the same slope as the slipway, one of the measurements must be wrong. Which is presumably why it has not been authorised. 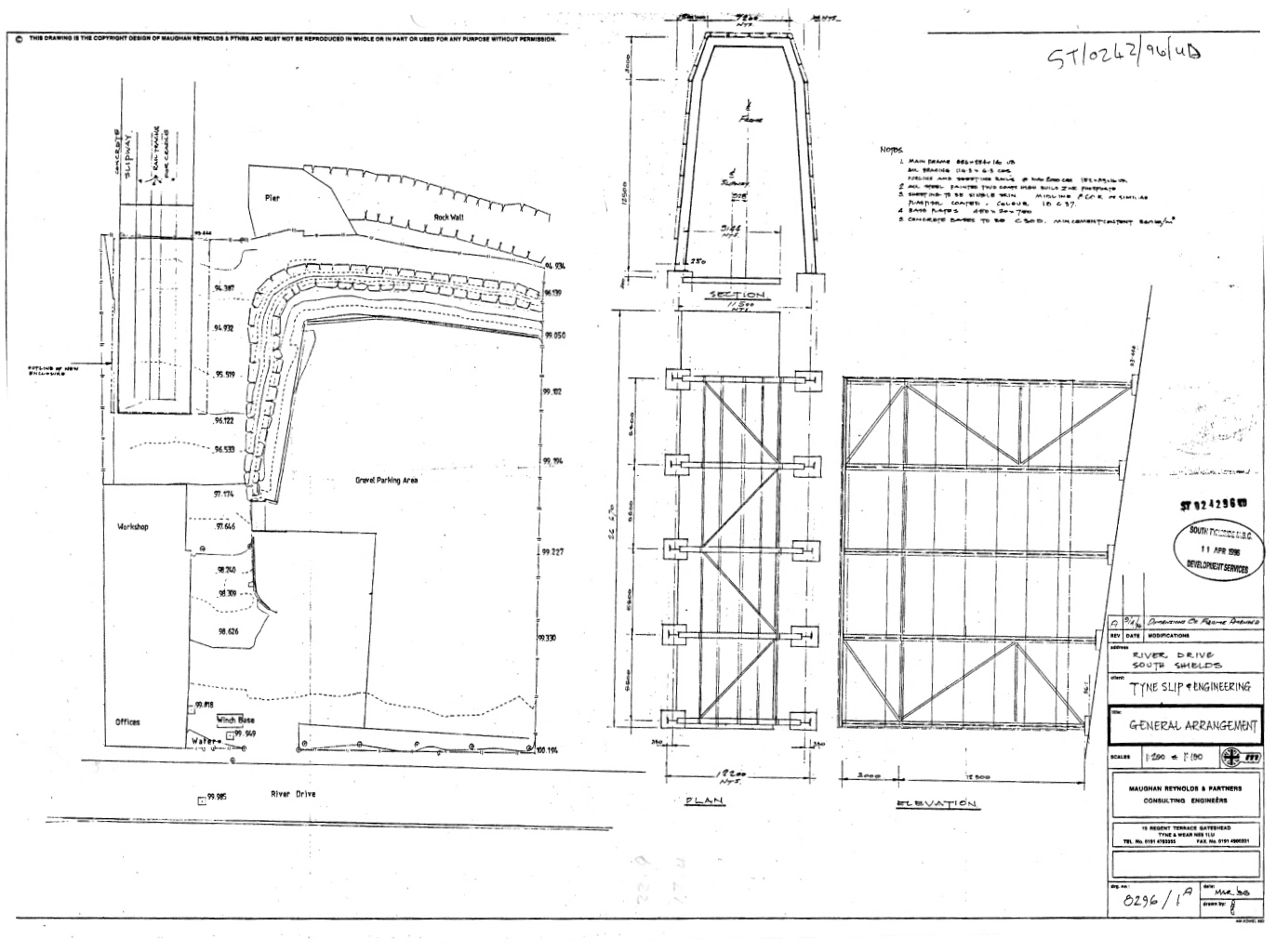 The Local Government Ombudsman says in #30 and #31 that:
30. Mr Dawson says the shed is also 3 metres higher than shown in the 1996 plans. He says a scale measurement from the plans shows a total height of 12.75 metres at one end of the shed.
31.”I have discussed this with a senior planning officer. The Council accepts that using a scale measurement against the 1996 drawings would not give a measurement of 15.5 metres. It says this plan has several drawings using different scales and some are foreshortened; possibly to fit on the paper. It says these are likely to be engineer’s drawings.

It is irrelevant whether an engineer or an architect was responsible for the drawing. In this particular instance the drawing has not been foreshortened as the elevation was drawn to reflect the wrong height of 15.5m at the landward end. This is reflected in downhill end which is nearly 7 times the gradient i.e. 20 meters.

With regard to the planned height the Senior Planning Officer is plainly wrong. However this is all academic as the drawing has not been approved. Reference to 8296/2, which is authorised, shows the landward end to have a planned height of 12.7m.

There is not a problem with the width and the drawing can be used to claim a planned width of 12.2m. The same applies to 8296/1B.